We here you asking: what is matcha tea? Matcha is growing in popularity all over the world. Long used in traditional tea ceremonies, called chanoyu and is a processed green tea (Camellia Sinensis). Instead of steeping the tea leaves in hot water, it is a powdered form of special green tea leaves. These specialised tea leaves are grown mostly in southern Japan near Kyoto. The process for milling and growing the tea leaves that we know call matcha was begun in China in the 10th Century, but the Japanese have overtaken the Chinese in claiming matcha as their own – and perfected it!

Matcha’s trademark tea texture is obtained by drying, and then grinding the tea leaf chosen for the Tencha Shiagecha. The leaves are shaded in the few weeks before being picked, and this increased their chlorophyll levels, giving the leaves their signature beautiful emerald green colour. The dried tea leaves are then stone ground into a fine powder. This matcha powder is then whisked together with hot water to make a suspension of ground tea in water, instead of a traditionally steeped tea mixture.

Matcha tea has approximately 70 milligrams of caffeine per an 8-ounce serving (1 cup). This is about half the caffeine that an average cup of coffee would have. Because Tencha Shiagecha is finely ground green tea, it has more caffeine than regular, steeped green tea does as the drinker is consuming the entire leaf. Originated in 10th Century China, he process of powdering and storing tea leaves in bricks was begun around 618 to facilitate the transportation of tea leaves more easily. Eventually, this tea was powdered and then mixed into hot water as matcha is today. Later on it became an important part of the Zen Buddhist monks tea tradition and was brought to Japan in 1191.

The chanoyu (茶の湯), sadō, chadō (茶道) or tea ceremony is a solemn occasion filled with ritual and beauty. Special equipment is used, from the beautiful ceramic cups to the bamboo whisks. Special care is taken during the ceremony too. The behaviour of both the guest and the host are prescribed by ancient etiquette. In the tea ceremony, the matcha is mixed into a thick tea, or Koicha. The Koicha is made with double the amount of matcha powder and half the water. This forms a much thicker tea, almost the consistency of paint for the tea ceremony. The guests are summoned back into the tea house for the serving of the actual thick tea. The ritual begins with a cleansing by the guests, and the host also cleanses the tea utensils in a specific manner. The guests are then served tea a prescribed manner and order. The guests follow specific rules such as placement of the tea bowl and discussions about the tea service. The tea ceremony can last up to several hours depending on the type of ceremony and food served.

Matcha tea has many benefits. In ancient Japan, it was served to the Samurai warriors before battle because of it’s perceived strength and vitality giving qualities. In recent years many of these claims have been proven true. Camellia Sinensis, does, in fact, have detoxifying properties, as well as some weight loss properties.

Why is Matcha Good for You?

Matcha tea has many unique benefits because of the special way it is grown and processed. It is known for giving the drinker a feeling of calm, despite its caffeine levels. This is thought to be because of the presence of L-Theanine which creates feelings of calm. The high levels of this chemical are due to the shaded growth period before the tea is harvested.

It is also extremely high in antioxidants, much higher than regular green tea. Again, this is because of the growing and harvesting process. These antioxidants, especially polyphenols are thought to have cancer-preventing properties.

Matcha also has properties that can increase metabolism, thereby assisting with weight-loss efforts. The gentle stimulants that naturally occur provides, combined with the L-Theanine means there are no negative effects like practically every weight loss solution on the market today. Matcha has been shown to increase the metabolism burn fat up to about four times faster. This is due to the EGCG, which also impedes the body from creating new fat cells!

Matcha powder is extremely low in calories, having only about 3 calories per gram. A regular serving of thin tea would be made with 2 to 4 grams, so as you can see just the Tencha tea has less than 20 calories a serving. Of course, matcha lattes and other drinks that are becoming popular have ingredients other than just the matcha powder and water, so if you are watching your calories make sure you know what is in your drink.

Match has even more amazing properties. Because of the period that the tea plants are shaded before being picked, match tea powder is incredibly high in chlorophyll. This chlorophyll works in the body as a detoxifier and can pull heavy metals and chemical toxins. Matcha has even been shown to improve the body’s immune system. Some components of matcha have antibiotic properties, and just one serving of matcha contains a significant amount of calcium, protein, iron, vitamin A, vitamin C, and potassium.

How to Brew Matcha You don’t need to spend years studying the Japanese tea ceremony to enjoy a cup at home. It is surprisingly easy to master, and excellent matcha teas are widely available now, both online and in specialty grocery stores.

The traditional formula is to sift between 1 to 2 grams of powder, place it in a small tea bowl or chashaku, then add two ounces of hot water, just under boiling, about 175 degrees Fahrenheit. If you plan to drink more than 2 ounces of tea, and you probably do, then add between 4 and 8 grams of sifted tea for 8 ounces of water. The matcha is then whisked vigorously to dissolve the powder and create the suspension of the tea in water. You may experiment with this on your own and find that you like a stronger or less potent tea.

How Much Matcha in a Day?

Because matcha tea is so concentrated, even one serving will give you many of the great benefits we’ve discussed so far. However, if you enjoy the taste and want to reap even more of the health benefits, you can certainly drink more than one serving. In fact, many Japanese and Chinese people drink up to 10 cups a day! Just be sure to remember that while it does not contain as much caffeine as a cup of coffee, it does have caffeine in it, so if you are sensitive to caffeine watch how much you are drinking, as you would with any caffeinated beverage.

Certainly, you can enjoy a cup  without all the trappings of a traditional tea service. However, many of the elements do serve a purpose in the brewing of a bowl of matcha tea. The sifting helps remove lumps from the powder that are present in the tea. The proper type of whisk (also called chasen) and tea bowl (chawan) help facilitate the correct whisking motion to assist the matcha tea powder in dissolving.

The ideal outcome in a preparation of a cup of matcha is to have light foam on top of the tea, with small bubbles, not large ones. The ideal taste of the hot drink should be grassy, slightly bitter and slightly sweet. Ceremonial grade matcha is the most premium grade on the market and is very expensive. The next grade of tea is the culinary grade of tea. This grade is used for cooking and flavouring dishes. It isn’t necessarily a lower grade, but it has been processed differently allowing for a more bitter flavour profile that pairs well with other ingredients. This powder is often used for green tea lattes, smoothies or baked goods. Culinary grade matcha has several subcategories:

The emerald green powder can be used in many drinks and Western style baking recipes, here are some of our favourites:

Matcha can be used to flavour everything from cakes to cookies! Here are a few ideas of ways you can use matcha powder in your baking.

Ceremonial grade tea powder is used for, you guessed it, ceremonial tea purposes. This premium powder is made with the youngest tea leaves and is processed in the most careful manner. The texture is delicate, and the leaves are ground slowly to make sure that the grindstones don’t heat up and change the delicate flavour of the tea. This grade of Tencha is sweet and grassy with very few bitter notes. Ceremonial grade matcha is made with leaves that have been entirely deveined, and all stems have been removed.

Ceremonial grade powder should be used only as tea. It is easily recognisable because of its vibrant, green colour. The delicate taste will be spoiled by milk, chocolate or other ingredients. While this is the most expensive grade of matcha, the beautiful flavour, colour and texture are well worth it!

As with any organic crop, it is grown without herbicides, pesticides and using natural fertilisers. The tea bushes are also protected from environmental contaminants. While this tea is certainly organic, the flavour profile is not the same as it is with conventionally produced matcha. Because matcha derives its flavour from the amino acids produced by the growing and production process, the taste of the organic matcha is less intense as the amino acid profile is lower.

We hope this guide on Matcha has helped you learn what makes it so special, and we hope we’ve inspired you to try it in one of the many recipes out there.

For delicious matcha tea check out our organic products: 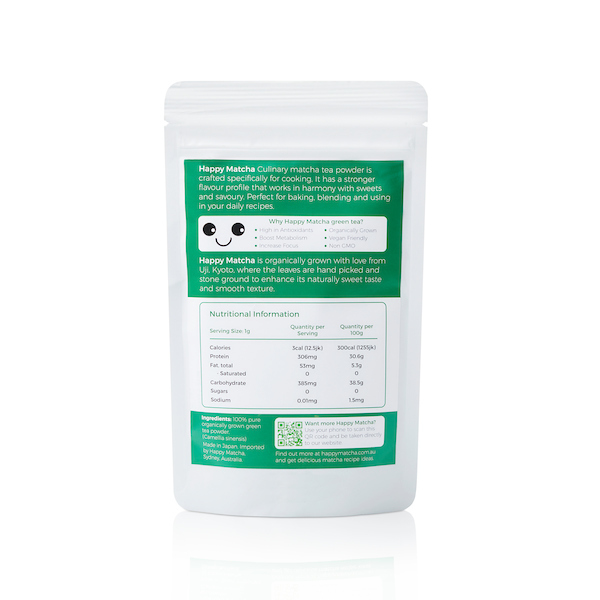 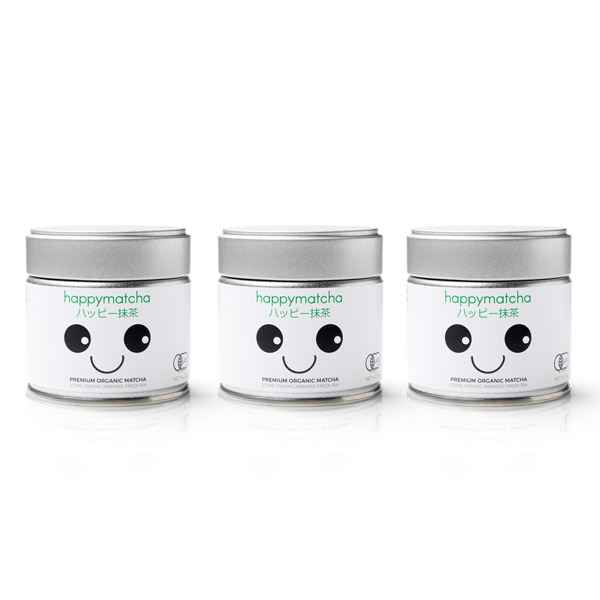 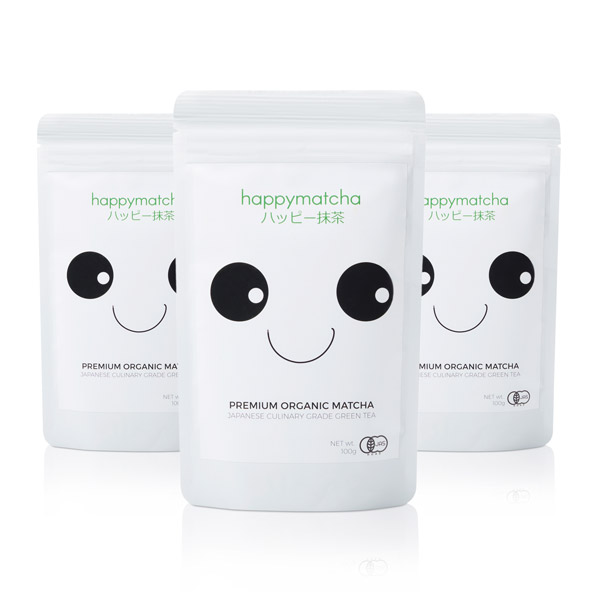 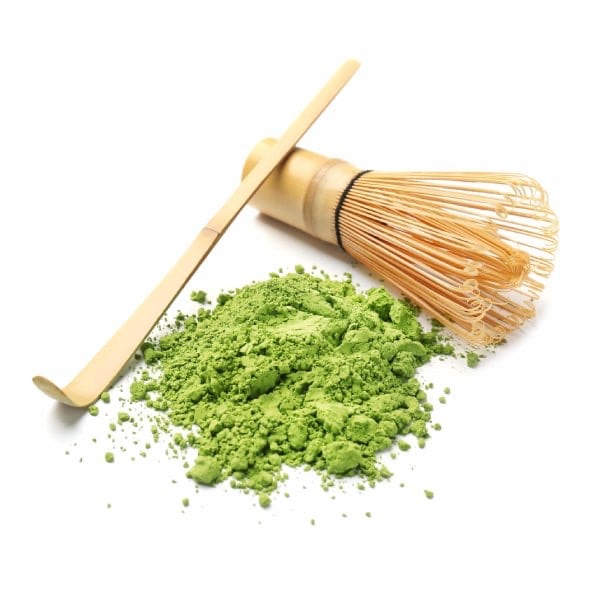 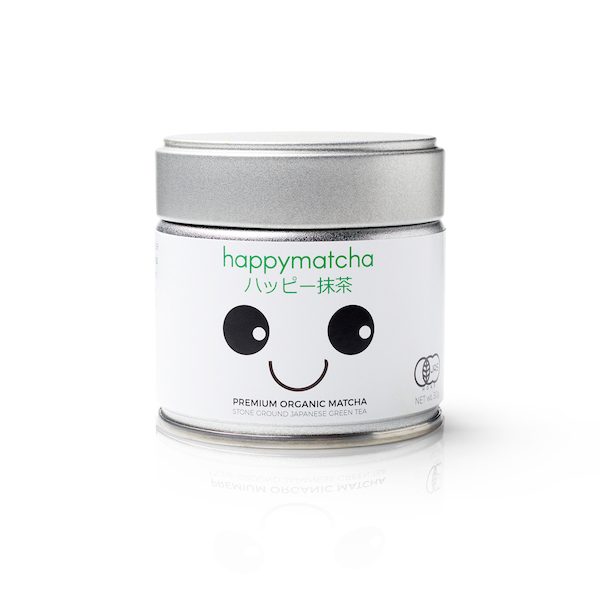 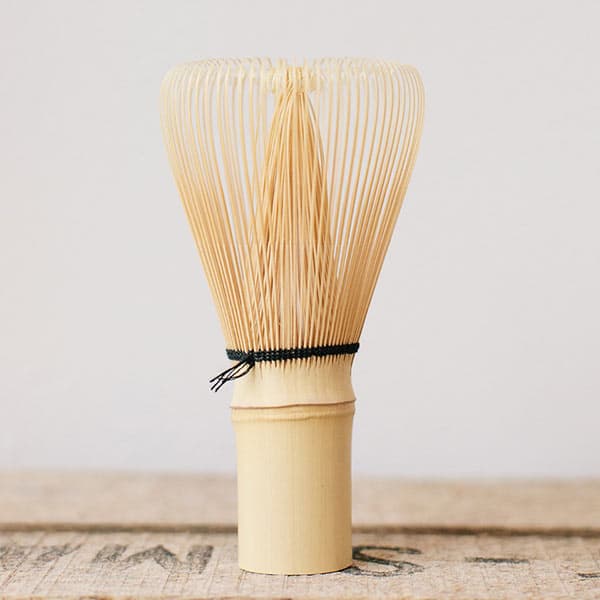 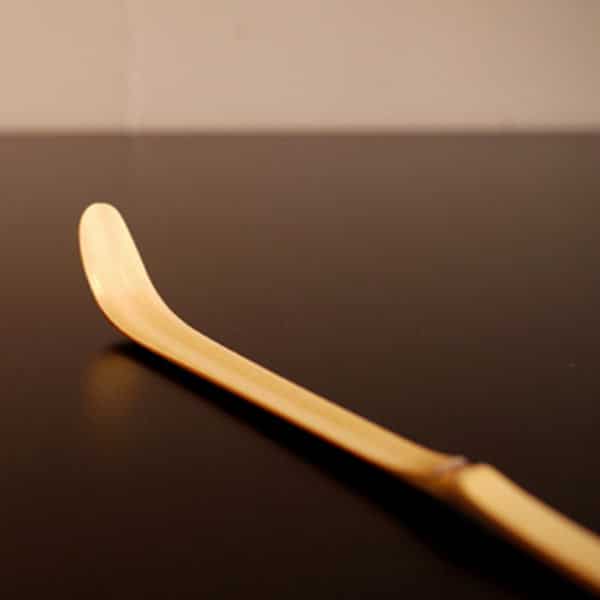 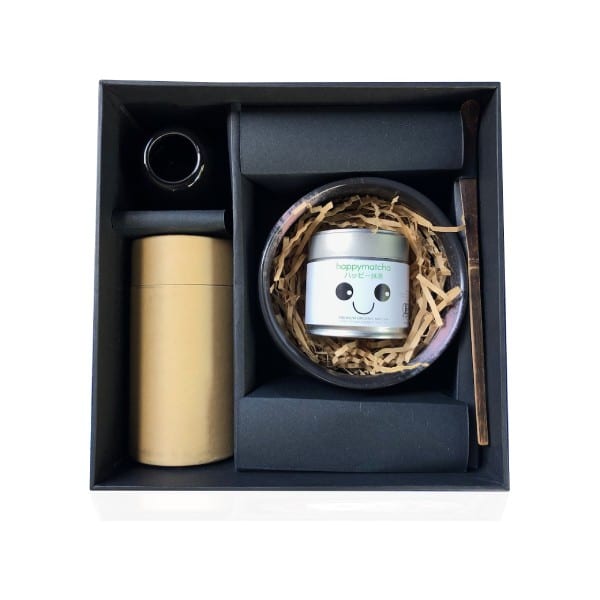